PRL 8 53 is in the family of nootropic chemicals. The term ‘nootropics’ originally described chemicals with precise criteria, however now it describes any natural or synthetic substance which might positively affect our mental abilities, especially memory and cognition. It is a favorite research chemical of mine, as this nootropic helps sufficiently in the agility of the mind.

PRL 8 53 generates a nootropic effect in healthy individuals. PRL-8-53 has intrigued the nootropic community for decades.

A professor discovered PRL-8-53 from Creighton University in 1973, Nicolaus Hensl, who then patented it a couple of years later.

Only one human study on PRL-8-53 was conducted and funded by the Professor in over 40 years. The results suggest that a single dose of PRL-8-53 could improve short-term memory by more than 200%.

The double-blind human study used word committal to memory as a gauge, examining the participants’ skill to remember a list of 12 one-syllable words, first to determine a baseline and then again after consuming PRL-8-53 or a placebo. The subjects were tested on their capacity to recall the words 24 hours after examining them and then once again one week afterward.

The study outcomes indicate that applicants who had higher baseline scores showed the least improvement after ingesting PRL-8-53. In contrast, subjects who had demonstrated lower initial memory or over 30 years of age showed significant recall improvement.

Hensl described the effect on the older participants as follows:

“This group was age 30 or older. As might be expected, routine memory did not come as easily to this group as the younger students—average memory after 24 hours when on placebo was just under three words out of a possible 12. The average preservation after one week was two words. However, when learning after drug administration, the same subjects maintained an average of 5.85 words after 24 hours and 5.25 words following one week. Again the growths were statistically significant. The enhancement expressed in percent of placebo performance was 108% for the 24-hour test and 152% for the one-week recall.”

This study, conducted in 1978, was done on human volunteers aged 24 to 86. No adverse side effects were observed in the human study.

To this day the mechanism of action is still not quite understood.

Preliminary rodent evidence suggests PRL-8-53 long-term is safe to use as a dietary supplement; however, since this compound is a synthetic substance, all proof of its effects coming from studies, only funded by the patent holder- could be possibly questioned.

The Professor did indicate that older volunteers saw the most significant benefit, so this supports the idea of dopamine modulation playing a substantial role in PRL 8 53’s effects.

What is the meaning of agonist and antagonist?

“The drug is not a stimulant, and in the experimental animal, toxicity appears only after it is given a dose more than one thousand times as large as the projected human dose. In summary, we now have a potentially useful drug that will boost a specific chemical system in the brain, the cholinergic system, and thereby improve our ability to recall, to retrieve information from a pre-existing information pool.”

Research shows that PRL 8 53 increases acetylcholine activity, and since it’s a neurotransmitter, it plays a role in memory and cognition. Another apparent effect is that PRL-8-53 seems to inhibit serotonin production- causing a decrease in feelings of anxiety, assisting in the relief of insomnia, and suppressing depression.

PRL-8-53 is one of the most promising nootropics on the market-derived from benzoic acid and phenylmethylamine. PRL 8-53 nootropic does occur in some of our regular food choices, including dairy products or berries.

For anyone wanting to increase their cognitive function, some doctors believe the right nootropics can help you think clearly and sharply, as well as reducing age-related cognitive decline. Anecdotal evidence proves it. 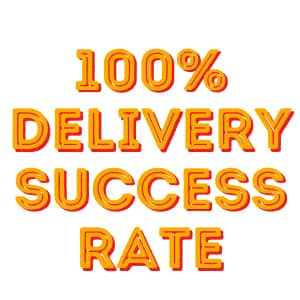 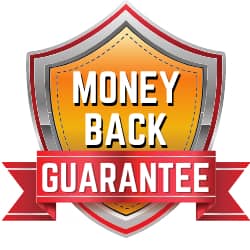